This is a professional area and only be accessed by registered persons. If you are already registered enter your username and password. Otherwise register, and send the credentials. 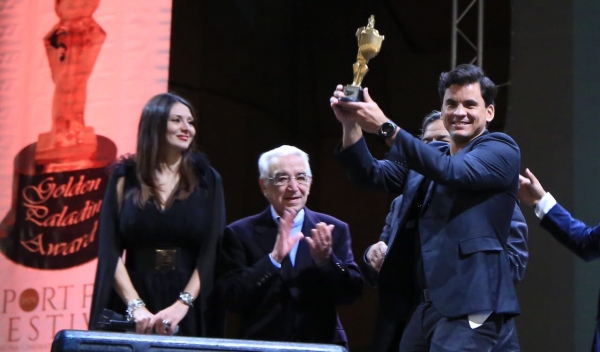 La Fuerza del Balón is the winner as Feature Film in the 38th Sport Film Festival.

The director Alberto Serra collected the award on the Teatro Politeama Garibaldi stage. The award was given by the Palermo mayor Leoluca Orlando.

More than 30 Golden Paladins have been given in the 38th Gran Galà, with a lot of special guests and directors from all over the world.